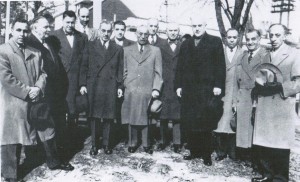 St. George Antiochian Orthodox Church was founded and built in 1951 by a group of dedicated and faithful Orthodox families. 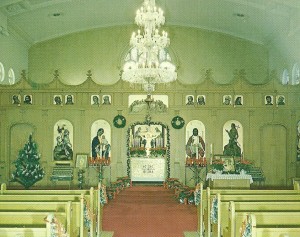 Though not very large in numbers at the time, they were nonetheless extremely dedicated to their worthy cause. With a lot of hard work, generosity and by the grace of God, they succeeded in building the original temple on 11 Woodlawn Avenue West. It served the community well both spiritually and socially. 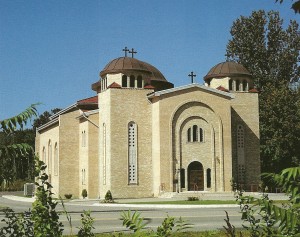 Due to the political instability in the Middle East over the past 25 years, we witnessed an influx of immigration to North America and, in particular, to the City of Toronto. The Orthodox community continued to grow and the need for a larger building, especially with adequate Sunday School classes and parking facilities, was strongly felt. A “Land Fund” was established in 1977 and,  in 1985, the 4.5 acre site at 9116 Bayview Avenue was purchased. A site development agreement was obtained authorizing the construction of the Temple as well as a separate Parish Centre. The west end of the site was allocated for a futhre home for the aged. On June 6, 1986, His Emminence Metropolitan PHILIP, the late Archbishop MICHAEL and Bishop ANTOUN officiated at the ground-breaking ceremony for the Temple with several distinguished Archdiocese Board Members in attenance, along with our faithful parishioners.  Finally, in 1993, the building was consecrated by His Emminence Metropolitan PHILIP and has now been the Temple of the Antiochian faithful in Toronto.

With the continued growth of the Orthodox community and, especially, the younger generation, the need for a Parish Centre to host lectures, social events and sports activities was evident …. [coming soon]